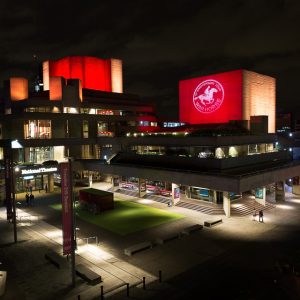 On the 9th October War Horse celebrated its 10th anniversary! The National Theatre marked this milestone by lighting up the iconic fly tower with the 10th anniversary logo.  #WarHorse10 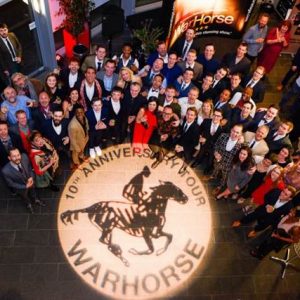 The War Horse 2017-2018 UK Tour opened in Canterbury at the Marlowe Theatre on 15th September. After two weeks of previews, it was great to see such positive critic and audience reactions following our brilliant press night last week. Congratulations to all those involved and here’s to a great tour ahead! “Well done the National […] 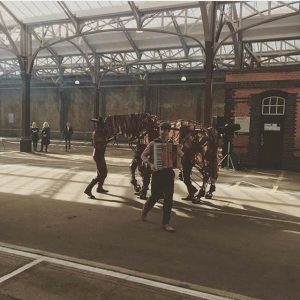 Yesterday Joey made an appearance at the Port of Dover’s Marine Station for the launch of the fundraising campaign of the Marlowe Theatre community production in 2018, The Return of the Unknown. He was met by a choir of children singing ‘Only Remembered’ with our Songman, at the place where soldiers would have been welcomed […] 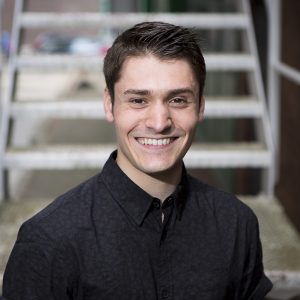 CAST INCLUDES THOMAS DENNIS AS ALBERT AND THE RETURN OF CELEBRATED SONG MAN, BOB FOX The National Theatre today (17 May 2017 ) announced the 34 strong cast for its acclaimed production of War Horse which begins a major tour of the UK on 15 September 2017 (press night: 3 October 2017) at the Marlowe […]

Next week The Deck, a stunning rooftop space situated on the roof of the National Theatre, is transforming into a 50-seat pop-up cinema, showcasing the NT Live broadcast of one of the National Theatre’s most celebrated shows, War Horse. Monday 15 – Thursday 18 August 2016 Matinee showing 2pmEvening showing 7pm Friday 19 August 2016Matinee showing 2pm For […]

Begins 15 September 2017 and tours to Canterbury, Bristol, Liverpool, Oxford, Brighton, Bradford & Nottingham The National Theatre’s acclaimed production of War Horse, begins a major tour of the UK on 15 September 2017 at the Marlowe Theatre in Canterbury, where it will run until 14 October 2017. War Horse will then tour to the […] 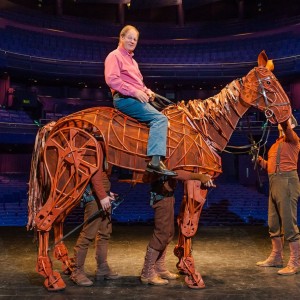 Last week, our social media fans submitted their questions for War Horse author Michael Morpurgo, read on to discover his writing inspirations and thoughts on the play.   Q. Who was your favourite author when growing up?– Asked by Jane Baker A. Robert Louis Stephens and my favourite book was Treasure Island – what annoys me […] 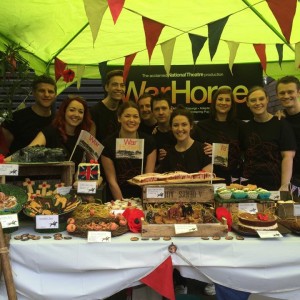 As part of Saturday’s first West End Bake Off, the War Horse cast and crew created an abundance of War Horse themed baked treats. See all the photos here. 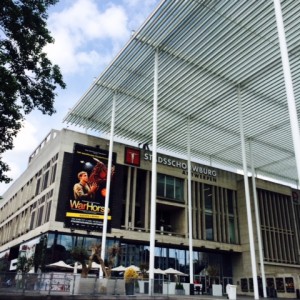 Last night War Horse opened in Antwerp, ahead of its 6 week run at the Stadsschouwburg Theatre. Find out more and book tickets here.

In the third update from our double team puppeteers, they answer quick-fire questions about their preferences in War Horse.