Kash Bennett, CEO of National Theatre Productions said: “We’re delighted to be returning to the Liverpool Empire 18 months after our record-breaking run of performances at the venue. We were so touched by the reception War Horse received in the city, and are thrilled to be able to return in 2019 to share Joey and Albert’s story with many more people.” 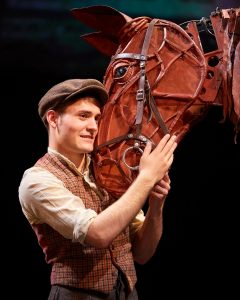